Last Tuesday was our wedding anniversary. To celebrate, we went out for a movie. We saw “The Big Sick”. If there’s a movie that shows what’s wrong with most of the films coming out of Hollywood these days – well, let’s be honest, the entire history of american cinema – this is the one.

And before you skip down to the comment section (which I hope you do at some point) let me assure you that I know this is an “indy” film. It did not come out of the hollywood machine. And you can tell. It’s wonderfully obvious.

“The Big Sick” hit theatres on July 17 2017. As I said, we went to see it on a Tuesday. The auditorium was full. A FULL AUDITORIUM on the show’s THIRD Tuesday. And this is a lowly indy film! But, even more amazing (at least for me) is that it was full of mostly mixed couples. By ‘mixed couples’ I mean that one member of each couple had a different ethnic or cultural background from the other member of said couple. My wife and I happen to be from two different ethnic origins. But what I saw in the auditorium was so amazing. There were African and European couples. There were Southeast Asian and African couples. There were Asian and First Nation couples. For all I know (I may have missed it) there might have been a Trafalmagorian and Earthling couple. I can attest, however, that every continent was represented in that theatre.

Now, I don’t know about you, but I can’t remember the last time I have been witness to such a thing.

I know why it happened. I hope that hollywood realizes why it happened. Just in case they haven’t yet realized some of the keys to the success of “The Big Sick”, however, I’m going to list some them. Perhaps someone in hollywood will see this and take notes.

1. This was a fairly simple romantic comedy about real people with real problems. The main characters (played by Kumail Nanjani and Zoe Kazan) are struggling to make ends meet. They don’t live in well appointed Manhattan apartments. Neither of them are a huge success at anything. And at the end of the film these “problems” are not solved.

2. The actors looked like real people who had never been to a stylist or plastic surgeon.

3. The lead actor was a person who was not of European descent. And yet, he was a real American. And I want to point out something funny here. When the movie began, I assumed Kumail was a taxi driver – boy oh boy, were my prejudiced assumptions turned up-side down! He was an Uber driver! I’m not being facetious. This is a big deal; a small detail, but a big deal.

4. Ethnic stereotypes were not merely played for comedy, but actually made the characters more complex and endearing. Kamail’s father Azmat’s singing Pakistani songs. He loves it! And it’s not merely a comic gag. It’s an important part of his marriage story. Also, we got to see the woman’s side of the equation in a marriage that’s made by arrangement. Khadija’s reaction to Kamail’s rejection is heartbreaking. Those of us who don’t have to deal with having our marriage arranged for us, get just a glimpse (but it’s an eye-opener) into the dynamics at play.

5. Characters whose ethnic background were other than European were not played as “fish out of water”. They were Americans. I thought it was interesting that Kamail’s sister-in-law thought that Kamail should naturally be on Saturday Night Live. He’s a comedian, so of course he should be on Saturday Night Live. Why not? Now, those of us “in the know” realize what a revolutionary statement that is. But just the idea that she should suggest such a thing was wonderful!

6. Everything wasn’t solved at the end. We know that Kamail and Emily are going to give it another try. That doesn’t mean that it will go smoothly or even that they will get married and 2.3 lovely mixy kids. His mother may never come round to forgiving him for not marrying a good Pakistani girl. Kamail may never make it the Montreal comedy festival or SNL. Emily may have a relapse. Emily’s parents may never experience their own complete reconciliation. Life will go on. We are left to hope. And hope is such a wonderful thing with which to leave the theatre.

Okay. That’s all I’m going to say. Go see the film. Support it. Hopefully hollywood will get the message: The audience isn’t white. The audience can relate to people with different skin colours. If anyone is a recruiter for ISIS, it’s probably the white people who think they are the only people who matter.

In The Jaws of the Black Dogs

The following poem was written by a friend who I met while performing with him in “Great Expectations”. Robert is a beautiful man who fills me with a sense of the marvelous. And, I must mention the book “In the Jaws of the Black Dogs” by John Bentley Mays. This book is a fairly unvarnished look at what living with depression is like. For me, it was a breath of fresh air in that I showed me I wasn’t the only one  who felt like this. Some might find it hard to read as it no-holds-barred description of pain. But there you go. Clicking on the image will take you to Amazon, but I encourage you to go find it in to a real book store. 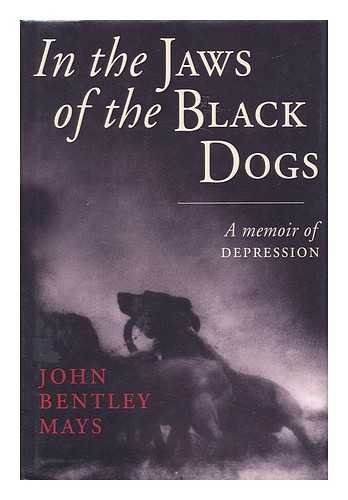 John Bentley Mays – In The Jaws of the Black Dogs

Ladies and Gentlemen and … well … others:

Call it Radio-AFI, call it AFIRadio, or just call it crazy! But it’s back on the air. I know it’s a little late, but that’s because I’ve been under The Dark Cloud of Depression for a while. Still, I’m muddling through as best I can.

Funny thing; one of the tunes on Summer 2017 Playlist is written by me and deals with said Dark Cloud. Hope you like it.

Now, if you’d like to stream the Summer 2017 Playlist through iTunes on your very own computer or hand held device:

Once you click ‘OK’, your iTunes will open and, Bob’sYourUncle, the music will play!

Wait…. What? You don’t… you don’t want to stream them? You just… you just want to have them??? Some people are never happy… well… alright…
Side 1
Side 2
Side 3
Side 4
The largest Zip file is about 57Mb. These may not stay available indefinitely.

The Summer 2017 Playlist consists of 40 tracks that can be listened to in its designated order or in random mode, but I’m rather pleased with the way the order plays out. There’s a bit of a flow to the themes of the tunes. I’d be interested in knowing how it works for you and if you can follow it. There’s a bunch of cover versions that I just love in there, some tunes that take me back to my childhood and others that feel that they’re part of my own personal story. So— Enjoy!

Now, seriously. I want to know what you think of the playlist. What would you get rid of? What would you add? Does it work for you? Or… Do you have any questions about the list? I’d be happy to answer anything you ask.